Mr. Jaan Albrecht Binderberger (born 1955) was the CEO of Saudi Arabian Airlines from 2017 until early 2020, when he moved to the Holding and is currently acting as an Advisor to the Chairman of the company. Mr. Albrecht is a former pilot and held various management positions at Mexicana de Aviación, including Fleet Chief Pilot, Chief Operating Officer, Chief Commercial Officer and CEO of the Cargo Division. He was the CEO of Star Alliance for ten years and later held the same position at Austrian Airlines and Sunexpress before joining Saudi Arabian Airlines. Mr. Albrecht studied architecture and has a master’s degree in Business Administration from Innestec Mexico City. Mr. Albrecht has been elected for the period 2020-2022 and is an independent board member.

Ms. Vibeke Hammer Madsen (born 1955) is the former CEO of Virke, The Federation of Norwegian Enterprise, which organizes and represents over 24,000 businesses with more than 280,000 employees. She was CEO of Virke from 2002-2018. In addition, Ms. Madsen was the Vice President of Human Resource & Business Support at Statoil Retail from 1996-1999 and held various positions in the company from 1993-1996. Furthermore, she was a partner in PA Consulting Group from 1999-2002. Ms. Madsen has also held several board appointments previously. She specialized in X-ray within industry and health at Ullevål radiografhøgskole from 1977-1979. Ms. Madsen has been elected for the period 2020-2022 and is an independent board member. 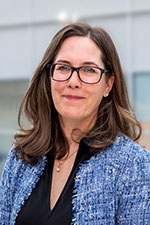 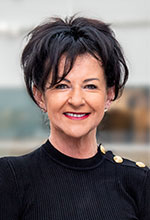 Ms. Chris Browne (born 1960) has extensive experience from the airline and travel industry, including Iberia, First Choice Airways and TUI. At TUI, Ms. Browne was the Managing Director of Thomson Airways for seven years and then took on the role as Chief Operating Officer at TUI Airlines from 2014 to 2015. Ms. Browne also held the position of Chief Operating Officer at easyJet from 2016 until she stepped down in 2019. She was awarded an OBE for services to aviation in 2013. Ms. Browne has been elected for the period 2020-2022 and is an independent board member.